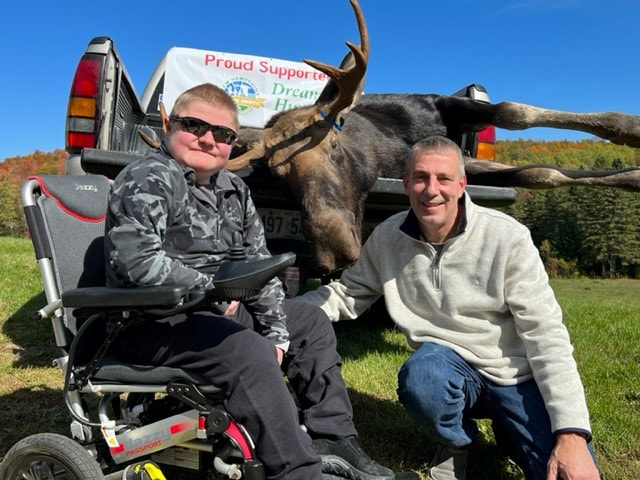 ​GAME PICTURE CONTEST
The 2019 Game Picture Contest launches August 1, 2019.   The contest will be open to everyone including our current New Hampshire Wildlife Federation (“NHWF”) members with monthly winners receiving a free year’s membership to the NHWF.  Given the popularity of game cameras we know there will be some great pictures and it will be fun to share with fellow members.   Winning pictures will be posted on our website and one of the deciding factors for the winning picture will be the number of likes a picture receives on our Facebook page.
​
The NHWF Game Picture Contest (“Game Picture”) open to everyone including our current New Hampshire Wildlife Federation. To submit a picture please e mail admin@nhwf.org.  All winner shall be selected at the end of each month with winning picture being posted on our website.

Rules Regulation
ELIGIBILITY
By submitting an entry to the Game Picture, entrants certify that their participation in this Game Picture is not illegal or in violation of any law, regulation, treaty or administrative act, and that the laws of their governing jurisdiction of residence at the time of entry do not prohibit or restrict the receipt of any Prize under this Gaming Picture Contest.

The NHWF reserves the right to reject any entry, it is in The NHWF’s sole discretion, the laws of an applicable jurisdiction, including but not limited to the entrant’s jurisdiction of residence at the time of entry, would prohibit or limit NHWF from proceeding with the Contest as intended or the consideration or awarding of any Prize would impose additional administrative, tax, operational, or legal burdens on NHWF.
ENTRY PERIOD
The Game Picture Contest begins at 12:00am on August 1, 2019, and ends at 11:59pm on December 31, 2019, Eastern Daylight Time (the “Entry Period”). Entries submitted before or after the Entry Period will not be eligible.
NHWF 37th Annual Conservation Banquet April 13th 2019 Doors Open at 4pm with dinner beginning at 5:30pm